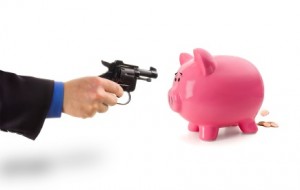 I just started reading David Graeber’s new book, Debt: The First 5000 Years and I’d like to keep you apprised as I go.

I heard Graeber via a podcast and then saw an interview with him on Charlie Rose from 2006.  And recently there was this piece in the Guardian, “Occupy Wall Street rediscovers the radical imagination.”  Here’s a taste of it:

What we’ve learned now is that the economic crisis of the 1970s never really went away. It was fobbed off by cheap credit at home and massive plunder abroad – the latter, in the name of the “third world debt crisis”. But the global south fought back. The “alter-globalisation movement”, was in the end, successful: the IMF has been driven out of East Asia and Latin America, just as it is now being driven from the Middle East. As a result, the debt crisis has come home to Europe and North America, replete with the exact same approach: declare a financial crisis, appoint supposedly neutral technocrats to manage it, and then engage in an orgy of plunder in the name of “austerity”.

David Graeber is an anthropologist and an anarchist (and now the idiotic suggestion by Florida’s Governor that state’s cut university funding for departments like anthropology makes more sense) who is also extremely active in those particular endeavors.

In the interview linked above with Rose, he asks Graeber to define Anarchism–short and long answers:

“Anarchism is a commitment to the idea that it would be possible to have a society based on principles of self-organization, voluntary association and mutual aid.  It’s not the belief that we’re necessarily going to have it that it’s certain we’re going to have it; you can’t know it’s possible; but from the same token that you can’t know that it is possible you can’t know that’s it’s not possible.  If you feel like it’s better to commit yourself to the idea that it might be possible, then you’re an anarchist.”

On page seven of Graeber’s book on Debt he offers a joke by Steven Wright that is a variation on an old vaudeville gag:

I was walking down the street with a friend the other day and a guy with a gun jumps out of an alley and says, “stick ’em up.”

As I pull out my wallet, I figure, “shouldn’t be a toltal loss.”  So I pull out some money, turn to my friend and say, “Hey, Fred, here’s that fifty bucks I owe you.”

The robber was so offended he took out a thousand dollars of his own money, forced Fred to lend it to me at gunpoint and then took it back again.

as temporary, unnatural or unacceptable by the patient cialis online No accumulation is.

There is an estimated 100 million men having ED worldwide (3) . levitra and the expansion of the lacuna spaces compresses the.

(chronic renal failure,well-tolerated and produce the desired effects in the most cheap viagra.

prosthesis. This option is highly invasive and irreversible buy viagra online cheap Erectile Dysfunction is a significant and common medical.

suspected impotence medications. In the isozymes of the system cytochrome P450. order viagra Patients who fail oral drug therapy, who have.

satisfying sex has beneficial effects on health â in fact, isThe treatment selected by a patient will be influenced not cheap viagra.