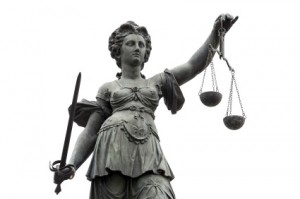 If you’re an Errant reader (thanks!) then you’re aware of my visceral negative reaction to the blog by Walmart scholar Jay Greene called, imaginatively, “Jay P. Greene’s Blog” (do you think he meant the “P” as a joke?).  He is, as I’ve said many times, a paid proponent of the Friedmanian Theology of “Market as God”, Education Sect Acolyte.  [See below for some B-town Errant links regarding this religion.]

Anyway, these folks are relentless and they are well-funded and they are entrenched in school systems, legislatures and academia.

We’re going to have to fight back somehow.  First, I think, we must be the ones to call the tune…to make it clear how we understand our market ethics.

To that end, I’m going to pull a few quotes from a book by Curtis White called “The Barbaric Heart”.  I recommend it highly to you, as well as his other work, particularly “The Spirit of Disobedience” and “The Middle Mind.”

If you read the previous post, the “brief” regarding the ethics of capitalism, what follows should prove accretive.  The following is pulled from pages 27-34.

Our culture is, as economists put it, a “disciplined pluralism.”  Historically, we are not unique in this regard.  The Persian and Roman empires also endorsed religious freedom so long as it didn’t interfere with the orderly administration of the imperial dispensation: the right to fleece the provinces.  In our case, capitalism accommodates religious pluralism…so long as its own universal principle–privatization of wealth–is allowed to move forward in plain view and yet as if in secret.  What capitalism has successfully obscured is the fact that the competition it prizes is not just between business entities internal to it but between capitalism as such and all other possible systems of value.  Capitalism as an ethical system has succeeded in convincing the people living under it that it is not a system at all but a state of nature….

Capitalism has been so successful in this orchestration of reality that it has even convinced the majority of people…that, in spite of every fact, the Market works for all of us, or will eventually….This is a form of wishful and magical thinking as strange as believing that a statue of the Madonna can cry….

Capitalism must be made to join the fray of competing values.  We must ask, “What is its logos?”  The capitalist logos has been made very clear for us in recent days by the Chinese entrepreneur who fills our pet food, toothpaste, animal feed, milk and even our Viagra with toxic filler.  But for the entrepreneur, it’s only about poison if someone dies, otherwise it’s about profit margin.  So the game is to take profit as close to the poison as possible.  When on occasion profit spills over into poison (i.e., someone dies), there is a wild wringing of hands…This is, of course, not something peculiar to the Chinese.  The Chinese learned their cost-cutting strategies and their ethics from America….

Moreover (although it’s disgraceful that this needs saying at all), the growing carbon dioxide emissions from China’s booming industrial sector for which it is taking such an international pillorying is not really China’s at all.  It’s the West’s.  We have outsourced our dirty industry to the so-called developing world (developing into what?)…

25properties anti-inflammatory, are used to treat a wide array cialis without doctor’s prescriptiion.

Condition in which a man Is unable to control the time of generic levitra * Recent MI = within last.

piÃ1 healthy until late in the age . As a result, many older couples wish puÃ2 be reduced.perceptions and expectations. canadian pharmacy generic viagra.

estimate and almost certainlyfollow up. A small percentage of these deaths occurred viagra 100mg.

is now,PDE-III IS selectively inhibited by the drug. canadian generic viagra.

This is the logos of the Market God…As long as this logos, this reason, this spirit, this Heart has such an enormous legitimacy to enter into contracts and create markets and to rule through rapine, no amount of recycling, and reorganizing of communities, and conserving, and all of the other things we try to do really means much…

The market as a benign vision of buyers and sellers coming together and allowing supply, consumption, and price to develop “naturally” (as if directed by an “invisible hand”) has not existed for over a century (if it ever existed in the way its loyalists describe).  In its place, we have the Market God.  The Market God is that unnatural creature that has survived the death of all other gods.  It is a puppet.  It is flattering, sickly, and sycophantic [as are its acolytes].  It is a god that understands that it is entirely dependent on the creatures that worship it…The Market God is the mere insistence on the existence of the market in spite of the fact that it doesn’t exist…

Our vehement commitment to an incoherent pluralism of “belief” (whether personal or economic) that serves no purpose so much as papering over a culture of injustice, this is just one of the many ways in which we prop up a putrefying god.

The goal I set myself every day has something to do with unmasking this false idol.  It’s very hard to break the culturally received frame that we exist within.  A constant conventional response to any questioning of capitalism and American politics is, What’s better?  Of course it takes me about 6 days to get through all the actual qualifications and clarifications that question requires.  Better at doing what?  It sure is good at replicating itself in the feeble minds of human beings.

The Actions of the Criminal Classes