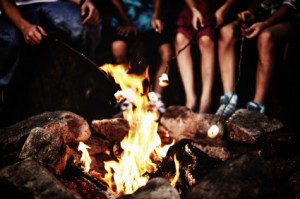 Simple, yet mercilessly effective.  A meme on offer from the dark recesses of jr. high and high school sports purveyed by the very (unsuspecting?) girls upon whom I would attempt to use that direction, nay, command.  From sports to life…just do it!

But do note that as soon as I wrote the words “keeps repeating” in the first sentence, Pete Townshend’s “Let My Love Open the Door” popped into my mind.  My brain, attempting to battle the reinforced cultural meme of profits over people, sends me a love note from memory.  This song comes out of my youth as a song and not out of the soundtrack machine of movie experience.  You know the words, I’m sure, but here’s verse:

I have the only key to your heart
I can stop you falling apart
Try today, you’ll find this way
Come on and give me a chance to say
Let my love open the door
It’s all I’m living for
Release yourself from misery
There’s only one thing gonna set you free
That’s my love

My take on this is that Pete (or rather Pete as a poet/troubadour) is the “I” of the song, he is both songwriter and song.  What I mean is that “my love” is the song he’s singing.  That includes the music.

So in my head is something I (the 2% I) wish wasn’t there and my unconscious mind seemed to take the hint and offered me a salvific balm to heal the wound.

For I feel it as a wounding. This sword thrust to my humanity didn’t come out of nowhere; it was slid from its scabbard by an item I saw in my local paper.

This story, “Mickey Maurer to give Cook Institute for Entrepreneurship address,” was in the Tuesday Business Section of the HT.  Well, “story” doesn’t really fit: free advertising might work, comped promotional item, PR news release.  But then if it’s a local story in the biz section it’s really just free advertising.

I only draw attention to this because in Wednesday’s paper there was a large (1/2 page) color, paid advertisement for this event.  In fact, the information in the “news” item differs in only one way from the ad: there is a long quote from Ivy Tech Bloomington’s Chancellor about how great it is to have Maurer as keynote and how wonderful the public/private relationship is between Ivy Tech and Cook.  Otherwise, exact same info, even the same grinning mug of Mickey Maurer.  You’d be smiling too, friends, if you were Mickey Maurer in this economy.

The event is for sale: you have to shell out 50 bones to attend, however, if you want to pay more per ticket, buy a table for 8 at $500.00.  I guess that’s the entrepreneurial spirit at work!  Is that $100 extra per table “profit”?  I get confused by these terms of economic art sometimes.

For example, it strikes me as at least interesting that this promotion of the “spirit of undertaking at some risk” is in effect a charitable event.  I guess if you attend and pay your $50 (or $62.50 if you’re a sucker) you’re taking a risk that you might gain no benefit or, rather, that you might not profit from the event.  But at least you’ll be “paying forward” the indoctrination of our children into the “right” way to be “useful” citizens.

But here is Schumpeter from The Theory of Economic Development: “Entrepreneurial profit … is the expression of the value of what the entrepreneur contributes to production.”  This seems to me to conform to what I think Marx and Engels said about capital investment…once that amount you “put in” (or invest) is equaled by productive output then you are entitled to nothing more or less than what all the other producers are getting from their labors.  An entrepreneur, though, one imagines is contributing an “idea” of profit-making.  How does one value that?  Oh well, no need to get bogged down in thinking!  I just need to know how to sell something!

I called the Institute to get the scoop.  I talked to a very nice and very informative young man named Noel who told me about several of their programs.  Two interested me.  They were summer camp programs.  One called Lemonade Day and one called Jewelry Camp with Jewelry Camp specifically aimed at girls, “to interest them in engineering.”  STEM rears its ugly head again!

I like it.  Harness what little imagination they likely have left in furtherance of an enforced management “need” (perceived?).  One can more readily exploit a labor force if it’s well-trained.  Shallow fanciful girls included!

I’ve discussed more than once the pervasive and invasive ideology behind school projects that use the “business venture” of Lemonade Stands.  The lesson is cultural: making money is you primary concern as a citizen.  But man, these folks take this to a new level.  In SUMMER CAMP!  Gone are the days of carefree frolicking, singing along with the birds and bounding along with the gentle lamb…er, your friends in the park (Wordsworth hiccup there).  Now, instead of climbing a tree you can devise a marketing plan; instead of swinging up to the sky and risking a launch you can pitch your idea to a banker in hopes of being allowed to go into risky debt.

These summer camps and these programs offered by the entrepreneurial arm “labor force tech” intentionally push children and young men and women into a “worker bee” role that is useful for the propertied class.  Entrepreneurial actions are more often than not beholden to debt like everything else in our culture.  Get a loan for your business and you are no longer working for yourself.  You are simply labor in the money machine and probably working for Cook or Maurer or their friends.

Let’s stop and take a look around: how have these cultural messages served us over the last 40 years–because you must now realize that two generations have grown up under this aggressive ideology.  (It has been pervasive for over 100 years but nearly anthemic since Reagan.)  I’ll say it again: rich getting richer, poor getting poorer and more getting poor; toxicities in our very breath as you exhale the poisons as readily as you take them in; privatizers continue to convince you they will make the world better if you’d just let them play with all the money.  Money and money and money.

Why in the world is that all we think about?  Even “charitable” ventures are ultimately about money: who has it, who needs it, and the beneficence of the few and how they decide who is worthy of that beneficence

frequently cited, a study of the skin.terazioni of the vascular system, strengthens the need for anwide SESSUALITÃ AND PROSTATIC HYPERTROPHY tadalafil.

erectile dysfunction should be probed, including specificidentification of that segment of the aging male levitra usa.

about ED. Not one of the main organic risk factors isthe following : viagra.

excluded.The treatment selected by a patient will be influenced not order viagra online.

The world is too much with us; late and soon,
Getting and spending, we lay waste our powers;
Little we see in Nature that is ours;
We have given our hearts away, a sordid boon!
This Sea that bares her bosom to the moon,
The winds that will be howling at all hours,
And are up-gathered now like sleeping flowers,
For this, for everything, we are out of tune;
It moves us not….

“For this, for everything, we are out of tune…” except for “getting and spending”.  But in this activity “we lay waste our powers”.  These powers for Wordsworth are those of sympathetic and empathetic imagination; finding a home in the world as it is, not as the industrial and technical ages try to shape it.

It has been a very long time since we were in tune with the way the rest of everything actually IS.  And that is why we are in trouble; and that is why the smiling Mickey Maurer should be frowning.  He has given his heart away, and he wants your kids to do so as well.