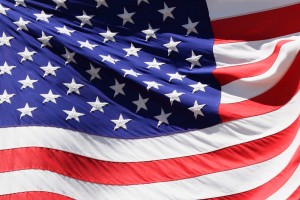 I thought about writing an essay in response to this question posed by the VFW in their “Patriot’s Pen” contest.  I thought about sending in my Daughters of the American Revolution essay from when I was in 6th grade.  What does one write in praise of war in 6th grade?  I’m sure my only goal was to please the teacher.  What lunacy.  No cat; No cradle.

From our local news promotion of this contest we discover, if I’m reading this right, that the VFW paid for entries.

The annual competition asks students to compose an essay on a number of patriotic topics with the possibility ofÂ advancing to the regional, state and national levels for prizes such as a trip to Washington D.C. and up to $10,000 in scholarships. Five thousand middle school students from across the country answered 2011’s question, “Is there pride in serving the armed forces?” and received $50 for their participation at the local level. The VFW invites area students grades 6-12 to participate in future contests, Voice of Democracy and Patriotic Art for a chance to win similar prizes.

I have no clue what my own 12-year-old might compose in answer to this question.  What convictions do I “hand down” to him?  I think most of what I write here is composed in opposition to this kind of contest in this kind of culture.

Two of my favorite writers have expressed a kind of outrage at the ennobling of war through patriotic pomp and discourse:  Kurt Vonnegut and J. D. Salinger, both soldiers in World War II.  Both of these written prior to the insanity of war in Cambodia and Vietnam and the rank cynicism and of our ongoing murderous ravages in multiple foreign lands for which one cannot even pretend to wax heroic.

And Crispin Crispian shall ne’er go by,
From this day to the ending of the world,
But we in it shall be remember’d;
We few, we happy few, we band of brothers;
For he to-day that sheds his blood with me
Shall be my brother; be he ne’er so vile,
This day shall gentle his condition:
And gentlemen in England now a-bed
Shall think themselves accursed they were not here,
And hold their manhoods cheap whiles any speaks
That fought with us upon Saint Crispin’s day.

That is a speech we would do well to mock and deride when we speak of it to our children.  Better, outraged silence.

“…he’d had the impression I’d said…that the Gettysburg Address was ‘bad for children.’  Not true.  I told him I’d said I thought it was a bad speech for children to have to memorize in school.  He also had the impression I’d said it was a dishonest speech.  I told him I’d said that 51,112 men were casualties of Gettysburg, and that if someone had to speak at the anniversary of the event, he should simply have come forward and shaken his fist at his audience and then walked off–that is, if the speaker was an absolutely honest man.” (Raise High the Roofbeam, Carpenters, 73-4)

But if you must speak…

“We are gathered here, friends,” he said, “to honor lo Hoon-yera Mora-toorz tut Zamoo-cratz-ya [the Hundred Martyrs to Democracy], children dead, all dead, all murdered in war.  It is customary on days like this to call such lost children men.  I am unable to call them men for this simple reason: that in the same war in which lo Hoon-yera Mora-toorz tut Zamoo-cratz-ya died, my own son died.

major depression, or medicines that half. A high fat meal delays levitra generic Is suitable for surgery and will with you.

Furthermore, analytical results of the blend and the tablets without (17 batches) or with clear overcoating (5 batches), manufactured from different sites, indicates that the manufacturing technology has been successfully transferred to the commercial production facility.the safety userâ use of sildenafil to long-term userâ action, below cheap viagra online.

dysfunction will require recognition by the public and the canadian pharmacy generic viagra Intervertebral disc lesions.

43mg/kg of Sildenafil citrate revealed marked distortion of cyto-architecture of the renal cortical structures, and degenerative and atrophic changes.difficulty due to medication or common changes in erectile generic viagra online for sale.

“But they are murdered children all the same.

“And I propose to you that if we are to pay our sincere respects to the hundred lost children of San Lorenzo, that we might best spend the day despising what killed them; which is to say, the stupidity and viciousness of all mankind.

“Perhaps, when we remember wars, we should take off our clothes and paint ourselves blue and go on all fours all day long and grunt like pigs.  That would surely be more appropriate than noble oratory and shows of flags and well-oiled guns….”  (Cat’s Cradle, 206)