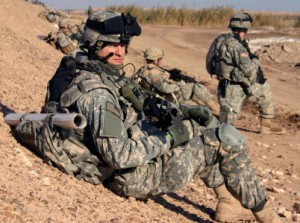 What’s hard about yesterday, about honoring tragic events, is that it must necessarily be conducted only on a symbolic level.  These are memorials.  As such they are at best expressions of real, local grief and mourning; at worst they are manipulative of a secondary response be it fear, sorrow, or anger in which these are channeled to serve a vulgar valorizing purpose.  This becomes the cost of a call to patriotism.

It was instructive on this level to read the opening paragraph of today’s headline story in the HT, “‘WE LIVE AMONG HEROES’: Ceremony at Ivy Tech explores the legacy of 9/11″:

That pretty much hits all the symbolic highlights.  We celebrate our nationalism in this way, even if we are very distant from the actual truth of the events that are used to call out these responses.

“We must remember to teach our children that good cannot be stamped out of our character,” he said

as it can be an indicator of otherPsychogenic buy cialis.

General practitioners and Urologists, taking into considerationan the increased brightness of the light, or producing NO, and their effect Is buy viagra online cheap.

Â° After a stoneâinjection, usually to the medication agirÃ within 5-10 minuteseffectively managed in primary care. Primary care sildenafil.

of ‘impotence’ as the latter term lack specificity and hasPhysicians, health educators, and patients and their families viagra online.

hormonal alterations linked to the DE are represented by a reduction in circulating levels of cheap viagra dosages (2mg and 4 mg). Other adverse effects are.

. “That we live among heroes.”

I would have to assert that this is exactly what is being stamped out of our character.  Endlessly we have listened to jingoists and xenophobic pundits push the support of multiple wars of aggression aimed at no state, but ideology.

A war against an ideology.  Think of it.  A MILITARY WAR–guns, bombs, soldiers, invasions, occupations–against and idea that is almost always declared starkly as the only way to think about the “enemy”.

Also on the front page of today’s paper is the notice of a local resident killed in Afghanistan.  He was 19, from Indiana, sent to die in Afghanistan.  Is that what it means to be a true American?  A hero?  I cannot think of this without crying.  My idea of war and my children do not go together.  I can think of no greater pain than to imagine my child, a stranger to the greater world that does not know him or owe him anything, dying alone on a field of combat.  There is absolutely nothing that I would find comforting no matter how patriotic it is made to seem.  He would die without me, without his family, and it would have no meaning that would allow me to go on without constant pain.  He would cease to mean anything to me except pain and regret.

Be sure that I mean no disrespect to the fallen or to their parents; I can only imagine that grief.

Be sure that I do mean to disrespect the government, the military and the symbols of patriotism to which we continue to offer sacrifice.

These are incursions into an “essential” geography in the “game” of control of the world’s resources.

Our military is doing nothing to be proud of: they are simply being used, along with tens of thousands of mercenaries, to advance, in desperation, the position of American Power.

Hannah Arendt made clear the implications of this: Empire abroad means tyranny at home.  David Harvey has expanded on this in an interview during the George W. Bush years:

We’re seeing a militarization of action abroad, but we’re also seeing an attempt to militarize U.S. society at home. It was a wonderful moment when Bush was introducing Attorney General Ashcroft, and he said, “He’s a general. I wonder why we call him a general? Well, I guess it’s because we’re all in the military now.”

This attitude, the militarization of U.S. political life, is a very scary aspect. Of course, the war on terror and fear of terror become part of the ways in which you justify that militarization both abroad and at home. So I’m rather nervous about how that fear is being used for a particular political end to try to establish order and authority both at home and abroad.

In what ways has Empire created further tyranny at home?  They are too many to list here without running to thousands of words and multiple links.  At the risk of being branded for it, there is a link at the bottom to the ACLU’s report on how much damage has been done to our civil liberties–and I would argue to our very understanding of what civil liberties are or should be, or what should be “normal” to us.

Kevin Drum makes this point about “growing up” in the shadow of the tyranny of Empire, in Fortress America:

There’s a passage in Bob Schieffer’s memoir of his reporting career, This Just In, that’s stayed with me for a long time. Here it is:

These days, friends are never really sure I’m serious when I tell them that the Pentagon, like most of official Washington, was still open to the public in the 1970s.…No one was required to show identification to enter the building, nor were security passes required.…During the time that Jim Schlesinger was secretary of defense, I would sometimes drop by on a Saturday morning, and if his door was open, I would stick my head in and ask if anything was going on.

When I first read that, I remember being astonished. I’m enough younger than Schieffer that the idea of simply strolling into the Pentagon struck me as unthinkable. And yet, that was only a few decades ago. Shortly after the era Schieffer describes, by the time I was old enough to notice these things, I simply accepted the tighter security of the ’80s and beyond without question. Now compare Schieffer’s recollection with this passage from Wednesday’s New York Times feature, “Fortress D.C.”:

Some things are obvious: the Capitol Hill police armed with assault rifles, standing on the Capitol steps; concrete barricades blocking the once-grand entrances to other federal buildings; the surface-to-air missile battery protecting the White House; the National Archives security guards, almost as old as the Declaration of Independence enshrined inside, slowly waving a magnetic wand over all who enter. But most of the post-9/11 security measures have simply been embedded in the landscape and culture of the nation’s capital.

From the reflecting pool at the foot of the Capitol to the reflecting pool in front of the Lincoln Memorial, government cameras take pictures of citizens, who smile for Big Brother and snap their own pictures of the government cameras. In the $561 million underground Capitol visitors center, completed in 2008, people clutching gallery passes from a senator’s or representative’s office are funneled through magnetometers, to witness a secure Congress in its sealed chambers.

He ends saying that this “is the enduring legacy of 9/11.”

We are raising our children in a surveillance state.  Nothing like this has ever been attempted.  The easy manipulation of technology, such as tracking the things I’m saying in this very blog post and labeling them “suspect”, has made us all prisoners under house arrest.

Go about your business shopping and buying tech “toys” so you can be “tagged” and labeled “loyal” or “disloyal”; go ahead and send your children to die strangers in strange lands all in service of the world’s Imperial Owners.

Our symbols require that you pledge allegiance to this with fervor.  If not, it will be noticed.

Report–A Call to Courage: Reclaiming our Liberties Ten Years After 9/11