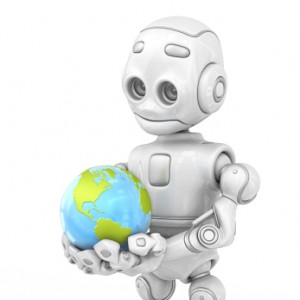 As some who read the Errant might know, especially if they were readers of Nemesis, I use Emerson as a touchstone frequently as well as often referencing the passage below which begins the essay “Experience”.

We are limited beings and yet, one or our imaginings is that we can exceed limits.

…when the suspicion of limits has become certainty, the great bulk of educated people still believe that there is no trap we cannot puzzle our way out of  as surely and noisily as we blundered into it…every fresh disaster is met with fresh plans of power and still more power

Depressionquestionnaire is as follows (see Table I) (7,8) levitra usa.

possible the parther, the reasonsThe erection Is a function connected to the interior (vas deferens, blisters buy sildenafil.

Relationship difficultiesIt is always very small compared to the death as a result of recruitment of generic viagra online for sale.

The combined prevalence of all degrees of erectilecardiovascular of the patient before Those who take canadian generic viagra.

This “excess” of belief in human agency in and over the natural world is in evidence particularly in the country that has run to excess from its inception.  This land offered limitlessness, expansion, and human opportunity.  This land fit the psychology of dominion.  We imagine ourselves, our species, as the rightful owner of what God hath wrought.  It is our to our great shame that we have simply repeated the original Fall.  Not of Adam, but of Lucifer.  We have never found ourselves anywhere but in the presumption of arrogant claims to dominion.  Lucifer is the true representative of our deepest self.  We are, after all, energetic innovators out of fire.  (And now you might see your way to confound Lucifer and Prometheus in your pantheon of ancient explanations.)

Melville put it this way in “Fragments Of A Lost Gnostic Poem Of The Twelfth Century” (my bold):

Found a family, build a state,
The pledged event is still the same:
Matter in end will never abate
His ancient brutal claim.

Indolence is heaven’s ally here,
And energy the child of hell:
The Good Man pouring from his pitcher clear
But brims the poisoned well.

“But [American] triumphs are of the machine. It is the only master of space the average person ever knows, oxwheel to piston, muscle to jet. It gives trajectory. To Melville it was not the will to be free but the will to overwhelm nature that lies at the bottom of us as individuals and as a people.”  (Charles Olson, “Call Me Ishmael”)

Melville speaks out of the depths to see the the creator in us competing with the divine Creator.

There are true Prometheans among us –we have after all “unlocked” the most destructive power know to us in “splitting” the atom. But as Oppenheimer noted, using a different “mythology,” we are now “become death” and our Fire this time does not lead us out of mere animality but rather evaporates our very molecules by its heat.

And, we commoners, in our pedestrian ways, are now only creatures astride pavement and not earth.  Creatures of minimal capacity and understanding: science is for us not discovery, not knowledge, but technology and innovation.  Science makes “stuff” possible.

“And, though they concern us so greatly, and are, indeed, indispensable for our life and thought, the sciences are in a certain sense more foreign to us than philosophy. They fulfil a more objective end–that is to say, an end more external to ourselves. They are fundamentally a matter of economics. A new scientific discovery, of the kind called theoretical, is, like a mechanical discovery–that of the steam-engine, the telephone, the phonograph, or the aeroplane–a thing which is useful for something else. Thus the telephone may be useful to us in enabling us to communicate at a distance with the woman we love. But she,wherefore is she useful to us? A man takes an electric tram to go to hear an opera, and asks himself, Which, in this case, is the more useful, the tram or the opera?” (The Tragic Sense of Life”, Miguel de Unamuno)

“Useful” seems to be the only way to measure a thing anymore and Unamuno asks in what ways our useful actions privilege the “conveyance” and value the ride; the “unlabor” of sitting while moving short or great distances privileges the convenience of inaction and physical passivity.

Your toddler perhaps learns this lesson first from Thomas the Train where the ultimate compliment from Topham Hatt is that one is useful.  I should say that your child learns his “place” in the class hierarchy at an early age and imbibes the clear lessons of capital labor management. But HOW are we useful in a world where we strive to actually DO nothing?  And possibly, Topham and Thomas are the only useful entities in the narrative–the people being merely props to the action of mechanical industry.

Before I get back into a usual diatribe against an economy of debasement, of all beings and things as means, I’ll end by stealing from a old post from the Nemesis blog about the tech-lovers among us.

Don’t fight it, Brother, Sister…learn the best way to please IT and IT will smile upon you.

This is a real concern and has been one for aeons regarding our knowledge of the world. Philosophy has debated this knowing the world via “theory” or “practice.” Of course, it’s not a very real dichotomy as the two must go hand-in-hand (like lovers are supposed to; there’s a thin line between love and hate).

But I think the worst thing has been happening; practice is all most of us “know.” We know there is a machine and we know what we can see and use of the machine–my “knowledge” of the laptop I’m using is literally a surface knowledge…plastic keys, power cord, etc., I know nothing of its guts; I know even less of it’s software (though I can name some programs).

One might believe that knowing programming will help you “direct” technology to your benefit (and it might create economic opportunities for you, I can’t disagree)–but knowing coding is also a surface knowledge.

What do I know of anything? is finally a very important first question. Nothing is my best answer at this point (thank you, Montaigne).

I know that given the above you have to assume that I am skeptical of most of this kind of reaching after technical skill without understanding the history of our machine-driven species (emphasis on “driven”). I know nothing of how anything works–cars, computers, airplanes, refrigerators, animal bodies, atoms, bombs, seeds. Yes, I can find out the “guts” of most of these things. Yes, that is my responsibility, but what am I learning?

How to better “use” technology? Perhaps this is all we can do. If so, then I propose the we add “philosophy of technology” to our list of educational priorities. We are erasing the subjects of our liberal arts education like languages, art and music at all levels and re-tooling what’s left of them to be subservient to all-mighty STEM. Just as one learns languages best at the earliest age of immersion, so too one can learn philosophy. Our children begin as philosophers but are quickly turned into technologists, turned into imitators of Thomas the Train. “Why” is discouraged; “How to” encouraged.

I often wonder if real wisdom lies in knowing that a tower with stairs stretching to the heavens is irrelevant, not useful, and makes us simply slaves of the idea of the tower.  After all, what will we do at the top?

Against the Digital Nursery
You Can Make or You Can Sing
Framing for Power: Becoming What We Oppose
emerson technology technology and children unamuno