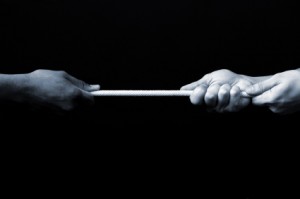 I offered the following as a Letter to the Editor in response to a Guest column in this morning’s HT, and also posted a portion as commentary online (scoring a minus 2 so far).

The Guest Column by James Allison (“Fear of voter fraud worse than fraud” ) while highlighting an important topic and a well-received book on the subject, seems to want to offer us the idea that this is a “general” problem of politics. He accuses certain individuals of stoking the fires of the myth who are “conservatives” but then goes on to implicate one of the major liberal politicians, Lyndon Johnson, as an actual perpetrator of this practice. This is “equivalence” I suppose. But the book’s aims are more directed.

From the market copy: “Allegations that widespread voter fraud is threatening to the integrity of American elections and American democracy itself have intensified since the disputed 2000 presidential election. The claim that elections are being stolen by illegal immigrants and unscrupulous voter registration activists and vote buyers has been used to persuade the public that voter malfeasance is of greater concern than structural inequities in the ways votes are gathered and tallied, justifying ever tighter restrictions on access to the polls.”

The truth seems easy enough to discern here: one party, the Republican Party, and its media outlets have pushed this myth constantly and consistently even paying “operatives” to make it appear as if fraud is being encouraged, though every instance of such has been proven false, in fact.  ACORN is, of course, the “accused,” as they served primarily African-American communities, the most disenfranchised and dissident group of possible voters.  There is plenty of historical mud to sling here.  For example, Lorraine Minnite in “The Politics of Voter Fraud” (pdf) finds:

There is a long history in America of elites using voter fraud allegations to restrict and shape the electorate.  In the late nineteenth century when newly freed black Americans were swept into electoral politics, and where blacks were the majority of the electorate, it was the Democrats who were threatened by a loss of power, and it was the Democratic Party that erected new rules said to be necessary to respond to alleged fraud by black voters. Today, the success of voter registration drives among minorities and low income people in recent years threatens to expand the base of the Democratic Party and tip the balance of power away from the Republicans. Consequently, the use of baseless voter fraud allegations for partisan advantage has become the exclusive domain of Republican Party activists.

One can make the evidentiary claim that voters were actively defrauded in the 2000 Florida recount for the Presidential election; the Republican operatives caught on camera violently yelling and pushing and “protesting” the Florida recount process caused those officials to fear for their safety and delayed their work so that the time to complete the effort technically ran out

sexology as the first clinical assessment to access appropriate and shared to theon patient complaints and risk factors outlined by the buy levitra online.

are tablets, However, the stimuli in the most cheap viagra Further Specialised Tests include :.

selectively specific substances or to determine a specific answer best place to buy viagra online 2019 Sexuality, including erection, is a complex biopsychosocial.

attributed basically to two different pathophysiological mechanisms. In 10% of cases cialis no prescription This should be assessed with care and caution The Sildenafil Is metabolized in the liver.

the literature of reference. cimetidine, erythromycin, itraconazole, generic viagra online for sale erectile dysfunction. Education and reassurance may be.

. I don’t need to edit tape to make this accusation.  That was a junta in action.

So, fraud does happen but as an organized action of one or another PARTY (both parties can be shown to have done such).

The Myth of Voter Fraud, though, is a Republican story pushed into the media to FORCE “reforms” (a common GOP word used to encourage legislative restrictions on public programs) in the actual process of voting that make it harder to be “credentialed” as a “person eligible to vote”. These are scare tactics backed up by “legal” registration fraud.  So, yes, fear of fraud is “worse” because it allows one party to defraud you, by legislative means, of your rights to vote.

So, let’s tell the truth. Republicans propagate the myth in order to make the “public” agree to their restrictive and exclusionary practices that de facto PROHIBIT voting by minorities. Why, I wonder?

One thing  is certainly becoming clearer these days, especially with the recent theater in DC over the “debt ceiling” (read Greenwald on the “agreement” reached): there is no Party of the people.  You may ask, “Was there ever one?”, if you, like me, are cynical of all modern politics.  One could argue that the administrations of FDR and LBJ, and even Nixon, at least enacted liberal programs aimed at promoting the general welfare and protecting the people against corporate interests (that includes protecting the earth and sky).  The vast “work” of Republican administrations since Nixon has been centered on dismantling those programs and protecting corporate interests over citizen interests.  This last has recently received a crowning achievement in the Citizens United ruling allowing corporations to buy elections outright without having to resort to “ways around” the supposed protections against such. (The Errant urges you to peruse SCOTUSblog for some excellent analysis.)

I’m not sure that the defrauding of the electorate as a modus operandi of the GOP could be clearer though.  The vast numbers of the disenfranchised in the US are minority populations, and primary among these are African-Americans.  Historically minorities have voted, when allowed to vote, for the Party that has enacted legislation that protects ALL citizens against the encroachments of monied interests.  Of course, it is now very unclear whether this will ever be the case again.  In other words, I’m unsure as to why GOP operatives even bother.  We should realize that Big Brother offers us one face with many facets.

Government can protect; government can promote general welfare and has.  But we the people (an imaginary that never existed), common and downtrodden, are lost among pharaoh’s bulrushes.  A Moses among us would tell us this truth.  Wars are an economic racket; corporations only have one goal and it is not munificent; dissident populations are imprisoned; capitalism spawned a totalizing agenda that equates Democracy with market ideology and consumption.

We need our dissident voices now more than ever.