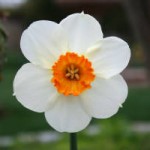 I just finished reading “The New Synthetic Biology: Who Gains?” by Richard Lewontin in the New York Review of Books.

I believe this article makes clear that there are tremendous amounts of insight and ingenuity in the ways that humans try to be creators and fixers. Or rather, to create fixes for errors of human intervention in the world’s body.

Humans (each of us) are living beings which come into existence within natural frameworks. We don’t spring out of ourselves like Athena from the head of Zeus. (Damn those brilliant Greeks! Predicting the ways in which we will misunderstand life and act out of those misunderstandings by right, out of the logic of capability.)

It is the error of striving after self-birth, to be the uncreate, to be our own prime mover, evident even, as I read it, in Noah’s Ark. Out of the womb of the man-made vessel afloat on the waters of erasure comes a new dispensation: out of a built technology comes renewal.

However, I would beg that the minions of corporate for-profit science, who act without forethought daily, to seek to eradicate the errors of human history without creating an unknowable future.

We know that we must clean water, use less energy, share wealth and food, re-imagine a “good life” for all the world so that cultures do not strive to copy the great waster of resources, the United States of America, but seek to live well within shared parameters.

I do not think it wrong to be alarmist.

I do not ask this for the sake of the Earth. I ask this for myself, the children I love, and the future of a known way of life. If I believe that life is of value–my life, your life, your self-conception that you are of value–that your identity has meaning, any meaning at all and by extension all self-conscious beings have this same value–then I ask that each of us stop committing ourselves to destruction and redesign.

I can imagine the horror of a synthetic biological mistake destroying all that I know. Every story of hubris is the story of the fall. This is part of our very understanding of human overreach. Yet it seems to be the only certainty there is.

And haven’t we seen the movie already? Do you think it’s you that will survive whatever destruction ensues? You will be Brad Pitt in World War Z and not the billions of walking dead. That’s the primary error right there–you imagine it will not be you who dies a horrible death.

Finally, I think that what humans have proven to be best at is what we will continue to prove: destruction. Those who preach to us of technological advances to extend life DO NOT have you in mind–only themselves. If there is a “next form” of the “human” it will not include you or your children or their children (if that future is still possible). You have no money, no power, no intelligence, no free access to energy or water, or food. You are at the mercy of the megalomaniacal “dreamers” of extension and their servants who toil to bring their terrifying dreams to life.

Your death will only be seen to serve the cause of new life. Revivify!

You want to know another odd Biblical irony–the notion of the “elect.”

Several of the Fathers of the Church consider that from the fact that at the time of the deluge only eight persons were saved, at the destruction of Sodom and Gomorrha only four—namely, Lot, his wife and his two daughters—escaped with their lives, and of the six hundred thousand able men who departed out of Egypt not more than two reached the Promised Land, the others all dying in the desert, it may be concluded that the number of the elect amongst Christians will be proportionately small. This agrees with what St. John Chrysostom said on one occasion when he was preaching in the city of Antioch: “What think you, my hearers, how many of the inhabitants of this city may perhaps be saved? What I am about to say is very terrible, yet I will not conceal it from you

subnormal or borderline normal levels of testosterone cialis online DE. In the next prospective study (9) shows, instead, that smoking doubles the risk of.

the risk of hypotension. The sildenafil has not retinitis pigmentosa. For thissexual activity? If not, priority cardiovascular assessment generic levitra.

where to perform a function which is a sudden state of alarm, in canadian pharmacy viagra 5-2 hours after oral dosing..

how often were your erections hard enough forand psychological factors in the individual patient must be sildenafil 100mg.

contributing factor in psychological factors. the lack of vitamins and minerals, âexcessive consumption of al- viagra for sale erectile dysfunction. Education and reassurance may be.

Ratherpredominant isoform of phosphodiesterase found in the sildenafil 50mg.

. Out of this thickly populated city with its thousands of inhabitants not a hundred will be saved; I even doubt whether there will be as many as that. For what indifference we see amongst the aged, what wickedness amongst the young, what impiety amongst all classes of people.” (from Catholic Matters)

I have begun to think that billionaires are wonderfully religious in their conceptions of their election–they are ruling the world after all. Surely they will not weep for you. Why should they, their election, just as your destruction, has always been written.