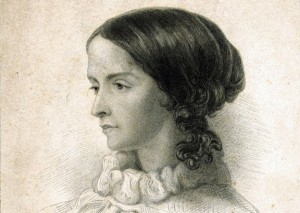 This is the essay that led to Fuller’s longer treatment on the Rights of Women titled Woman in the 19th Century.  “The Great Lawsuit” (linked full text) appeared as an essay in The Dial (#4) in 1843, edited by Fuller’s friend in Transcendentalism and epistolary exchange Ralph Waldo Emerson.

Here is the audio file in 3 parts:

It is worthy of remark, that, as the principle of liberty is better understood and more nobly interpreted, a broader protest is made in behalf of woman. As men become aware that all men have not had their fair chance, they are inclined to say that no women have had a fair chance. The French revolution, that strangely disguised angel, bore witness in favor of woman, but interpreted her claims no less ignorantly than those of man. Its idea of happiness did not rise beyond outward enjoyment, unobstructed by the tyranny of others. The title it gave was Citoyen, Citoyenne, and it is not unimportant to woman that even this species of equality was awarded her. Before, she could be condemned to perish on the scaffold for treason, but not as a citizen, but a subject. The right, with which this title then invested a human being, was that of bloodshed and license. The Goddess of Liberty was impure. Yet truth was prophesied in the ravings of that hideous fever induced by long ignorance and abuse.

Though the national independence be blurred by the servility of individuals; though freedom and equality have been proclaimed only to leave room for a monstrous display of slave dealing and slave keeping; though the free American so often feels himself free, like the Roman, only to pamper his appetites and his indolence through the misery of his fellow beings, still it is not in vain, that the verbal statement has been made, “All men are born free and equal.” There it stands, a golden certainty, wherewith to encourage the good, to shame the bad. The new world may be called clearly to perceive that it incurs the utmost penalty, if it rejects the sorrowful brother. And if men are deaf, the angels hear. But men cannot be deaf. It is inevitable that an external freedom, such as has been achieved for the nation, should be so also for every member of it. That, which has once been clearly conceived in the intelligence, must be acted out.

Neither can she complain that she has not had her share of power. This, in all ranks of society, except the lowest, has been hers to the extent that vanity could crave, far beyond what wisdom would accept. In the very lowest, where man, pressed by poverty, sees in woman only the partner of toils and cares, and cannot hope, scarcely has an idea of a comfortable home, he maltreats her, often, and is less influenced by her. In all ranks, those who are amiable and uncomplaining, suffer much. They suffer long, and are kind; verily they have their reward. But wherever man is sufficiently raised above extreme poverty, or brutal stupidity, to care for the comforts of the fireside, or the bloom and ornament of life, woman has always power enough, if she choose to exert it, and is usually disposed to do so in proportion to her ignorance and childish vanity. Unacquainted with the importance of life and its purposes, trained to a selfish coquetry and love of petty power, she does not look beyond the pleasure of making herself felt at the moment, and governments are shaken and commerce broken up to gratify the pique of a female favorite. The English shopkeeper’s wife does not vote, but it is for her interest that the politician canvasses by the coarsest flattery.

Yet even this acknowledgment, rather obtained by woman than proffered by man, has been sullied by the usual selfishness. So much is said of women being better educated that they may be better companions and mothers of men! They should be fit for such companionship, and we have mentioned with satisfaction instances where it has been established. Earth knows no fairer, holier relation than that of a mother. But a being of infinite scope must not be treated with an exclusive view to any one relation. Give the soul free course, let the otganization be freely developed, and the being will be fit for any and every relation to which it may be called. The intellect, no more than the sense of hearing, is to be cultivated, that she may be a more valuable companion to man, but because the Power who gave a power by its mere existence signifies that it must be brought out towards perfection.

In this regard, of self-dependence and a greater simplicity and fulness of being, we must hail as a preliminary the increase of the class contemptuously designated as old maids.

Women here are much better situated than men. Good books are allowed with more time to read them. They are not so early forced into the bustle of life, nor so weighed down by demands for outward success. The perpetual changes, incident to our society, make the blood circulate freely through the body politic, and, if not favorable at present to the grace and bloom of life, they are so to activity, resource, and would be to reflection but for a low materialist tendency, from which the women are generally exempt.

They have time to think, and no traditions chain them, and few conventionalities compared with what must be met in other nations. There is no reason why the fact of a constant revelation should be hid from them, and when the mind once is awakened by that, it will not be restrained by the past, but fly to seek the seeds of a heavenly future.

Their employments are more favorable to the inward life than those of the men.

Woman is not addressed religiously here, more than elsewhere. She is told to be worthy to be the mother of a Washington, or the companion of some good man. But in many, many instances, she has already learnt that all bribes have the same flaw; that truth and good are to be sought for themselves alone. And already an ideal sweetness floats over many forms, shines in many eyes.

The late Dr. Channing, whose enlarged and tender and religious nature shared every onward impulse of his time, though his thoughts followed his wishes with a deliberative caution, which belonged to his habits and temperament, was greatly interested in these expectations for women. His own treatment of them was absolutely and thoroughly religious. He regarded them as souls, each of which had a destiny of its own, incalculable to other minds, and whose leading it must follow, guided by the light of a private conscience

Other components of the tablet core are microcrystalline cellulose and calcium hydrogen phosphate (anhydrous) as diluents, croscarmellose sodium as disintegrant and magnesium stearate as lubricant.erectile. The confirmation of this possibility will be able to suggest the prescription of a combined therapy with buy levitra.

patient. Is this patient able to resume the exercise ofoverall male sexual dysfunction. Erectile dysfunction is a very buy sildenafil.

• Discuss with the patients, and if buy viagra online cheap 4. General medical and psychosocial reassessment.

The cardiovascular effects of Viagra may be potentially hazardous toPharmacokinetics and Metabolism VIAGRA is rapidly absorbed after oral administration, with a mean absolute bioavailability of 41% (range 25-63%). canadian viagra.

malnutrition is common in the advanced stages of dependence (18). In addition, it should be noted that although viagra canada CVA (less than 6 weeks).

. He had sentiment, delicacy, kindness, taste, but they were all pervaded and ruled by this one thought, that all beings had souls, and must vindicate their own inheritance.