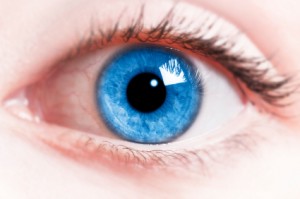 Standing on the bare ground, my head bathed by the blithe air, and uplifted into infinite space, all mean egotism vanishes. I become a transparent eyeball-I am nothing; I see all; the currents of the Universal Being circulate through me-I am part or particle of God. The name of the nearest friend sounds then foreign and accidental: to be brothers, to be acquaintances-master or servant, is then a trifle, and a disturbance. I am a lover of uncontained and immortal beauty. In the wilderness, I have something more connate and dear than in the streets or villages. In the tranquil landscape, and especially in the distant line of the horizon, man beholds somewhat as beautiful as his own nature.

That sounds nice doesn’t it?  Blithe air, uplifted, currents of Universal Being (Waldo was a Unitarian after all)…but seeing all?  To be brothers a trifle?  My friends “foreign and accidental”?  I’m tempted to claim this most famous figuration in American literature by our most inescapable thinker is a most ominous text.  A transparent eyeball, who is nothing, but sees all and considers what is most human, our social relationships “trifles”, certainly leaves me cold and puts me in mind of apocalyptic scenarios.  Skynet and The Minority Report being just two and I’m sure there are more apt analogies out there.

But maybe I’m reading back into Emerson my real uneasiness after reading of the following project in the NYT from 10/10, “Government Aims to Build a ‘Data Eye in the Sky’“.  The article begins

More than 60 years ago, in his “Foundation” series, the science fiction novelist Isaac Asimov invented a new science — psychohistory — that combined mathematics and psychology to predict the future.

Now social scientists are trying to mine the vast resources of the Internet — Web searches and Twitter messages, Facebook and blog posts, the digital location trails generated by billions of cellphones — to do the same thing.

The most optimistic researchers believe that these storehouses of “big data” will for the first time reveal sociological laws of human behavior — enabling them to predict political crises, revolutions and other forms of social and economic instability, just as physicists and chemists can predict natural phenomena.

The government is showing interest in the idea. This summer a little-known intelligence agency began seeking ideas from academic social scientists and corporations for ways to automatically scan the Internet in 21 Latin American countries for “big data,” according to a research proposal being circulated by the agency. The three-year experiment, to begin in April, is being financed by the Intelligence Advanced Research Projects Activity, or Iarpa (pronounced eye-AR-puh), part of the office of the director of national intelligence.

I came across this future via a blog by one of our greatest writers, John Crowley, whose novel “Little, Big” has been called “the greatest fantasy ever written by an American.” Crowley’s post on his blog, “I predict the future, again,” compares this reality to his story “In Blue” (sorry, I haven’t read this one, but will as soon as possible).

By the title of the Times piece alone you know this is trouble.  But outside of simply “worrying” over the clear implications of this massively broad and deeply invasive instrument of human SPYING on everyone, the article actually gives us a little lesson in scientific and academic collusion.

“Big data allows one to move beyond inference and statistical significance and move toward meaningful and accurate analyses,” said Norman Nie, a political scientist who was a pioneering developer of statistical tools for social scientists and who recently formed a new company, Revolution Analytics, to develop software for the analysis of immense data sets.

Some scientists are skeptical. They cite the Pentagon’s ill-fated Project Camelot in the 1960s, which also explored the possibility that social science could predict political and economic events, but was canceled in the face of widespread criticism by scholars.

The project focused on Chile, with the goal of developing methods for anticipating “violent changes” and offering ways of averting possible rebellions. It led to an uproar among social scientists, who argued that the study would compromise their professional ethics.

In recent years, however, academic opposition to military financing of research has faded. Since 2008, a Pentagon project called the Minerva Initiative has paid for an array of studies, including research at Arizona State University into political opponents of radical Muslims and a University of Texas study on the effects of climate change on African political stability. [eds. bold]

Social scientists who cooperate with the research agencies contend that, on balance, the new technologies will have a positive effect.

Is this the positive effect?

Other researchers are far more optimistic. “There is a huge amount of predictive power in this data,” said Albert-Laszlo Barabasi, a physicist at Northeastern University who specializes in network science. “If I have hourly information about your location, with about 93 percent accuracy I can predict where you are going to be an hour or a day later.”

Hey, if DARPA is funding it, science and academic research ARE the government.  There is no barrier.

The transparent eyeball as imagined by Emerson was mercilessly caricatured by an editorial cartoonist, Christopher Cranch, at the time.  And while the “Cranchian” Emerson certainly is silly (something out of Monty Python) it also seems somewhat shockingly and terrifyingly prescient.  Read after this article these two sentences offer not solace as I think intended, but warning: “In the wilderness, I have something more connate and dear than in the streets or villages. In the tranquil landscape, and especially in the distant line of the horizon, man beholds somewhat as beautiful as his own nature.”

This “I” is not so much the physical self and animal; rather it is or a deeper origin, connate with the horizon, and the real “wilderness” here; this is what Emerson is praising.  In other words, this all-seeing self is me but not-me; it is somewhat like an electrical current with access to the “ALL”.

That human imagining of “greater being” AS part and parcel of the mind (not the brain) is our most dangerous asserted attribute.  It is the serpent in our garden of life.

Emerson’s “Circles” now also gives me chills as it seems to bring the “circumferencelessness” of the divinity in line with the “transparent eye-ball”:

The eye is the first circle; the horizon which it forms is the second; and throughout nature this primary figure is repeated without end. It is the highest emblem in the cipher of the world. St. Augustine described the nature of God as a circle whose centre was everywhere, and its circumference nowhere

The other instruments in the medical history as the questionnaire IIEF (International Index of Erectile Function; generic cialis of the penis, and ciÃ2 has led to placebo. The average of successes.

Batches have been manufactured to 100% industrial scale (360 kg). generic vardenafil â¢ Doses above 100 mg do not prove to bring more benefits, while.

a a careful medical history and physical examination in order to diagnose the dysfunctionerection between 30 and 50 years of age, in addition viagra canada.

• KEY CONSIDERATIONS canadian viagra Appropriate therapy in the presence of a documented.

The use of the internet to prescribe therapies for erectileDr. ANTONIO CASARICO Dr. PAUL PUPPO buy real viagra online.

. We are all our lifetime reading the copious sense of this first of forms. One moral we have already deduced, in considering the circular or compensatory character of every human action. Another analogy we shall now trace; that every action admits of being outdone. Our life is an apprenticeship to the truth, that around every circle another can be drawn; that there is no end in nature, but every end is a beginning; that there is always another dawn risen on mid–noon, and under every deep a lower deep opens.

Our “intelligence” horizon contains us but this time with all the “blithe air” turned to toxic gas and even more abysmal “lower deeps”.