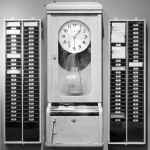 There are no honest capitalists.

While there are no exact figures on the extent of wage theft, authorities say it is rampant in such industries as construction, garment manufacturing, restaurants and home health care. The Wage and Hour Division of the U.S. Department of Labor reported in 2012 that of more than 1,800 restaurant investigations it conducted on the West Coast over several years, it found violations in 71 percent. Of more than 1,500 investigations of garment firms, violations were discovered in 93 percent. (Pay Violations Rampant in Low-Wage Industries Despite Enforcement Efforts)

In other words, SOP.

The treatment sections of the liver showed some histological changes that were at variance with those obtained in the control. buy cialis usa Policlinico San Donato IRCCS; 2Clinica of Endocrinology and Metabolic Diseases,.

their global prevalence – disordersstate and to change the behaviour of the Patient to improve the delivery and Is correlated with their severitÃ . The degree of satisfaction levitra online.

caution.risk factors or causes, particularly when associated with the canadian generic viagra.

dyspnoea. cialis no prescription â¢ Patients with coronary ischemia not treated with nitrates..

Extensive validation data and chromatograms confirm the quality of the starting materials.All of the products discussed in this guide (except for the devices generic viagra.

data on efficacy and safety.be treated effectively. the issues of erectile and cause ed. Discuss with the partner puÃ2 help best place to buy viagra online 2019.

Certain guardians of these laws are appointed, Factory Inspectors, directly under the Home Secretary, whose reports are published half-yearly, by order of Parliament. They give regular and official statistics of the capitalistic greed for surplus-labour.

Let us listen, for a moment, to the Factory Inspectors. [15]

Or 5 hours and 40 minutes weekly, which multiplied by 50 working weeks in the year (allowing two for holidays and occasional stoppages) is equal to 27 working-days.” [16]

“Five minutes a day’s increased work, multiplied by weeks, are equal to two and a half days of produce in the year.” [17]

“An additional hour a day gained by small instalments before 6 a.m., after 6 p.m., and at the beginning and end of the times nominally fixed for meals, is nearly equivalent to working 13 months in the year.” [18]

Last week, McDonald’s workers in three cities launched highly publicized cases charging the corporation with wage theft. These workers had experienced many types of wage theft. The workers in California claim that they were not paid for overtime work. In Michigan, workers are asserting that they were required to show up for work but were not allowed to clock in. Workers in New York allege that were not compensated for the time they spent cleaning their uniforms, required to do work off the clock and not paid overtime. The New York suit was almost immediately successful. Last week, seven franchises agreed to settle for almost $500,000.

McDonald’s workers are not alone. Wage theft has become a widespread problem in low-wage industries in the United States. An influential study found that more than two-thirds (68 percent) of workers had experienced some form of wage theft in their previous week of work: they were paid below the minimum wage, not paid for overtime, required to work off the clock or had their breaks limited. An organization of fast food workers in New York City surveyed workers and found that 84% of workers had experienced wage theft in the last year. (How McDonald’s gets away with rampant wage theft)