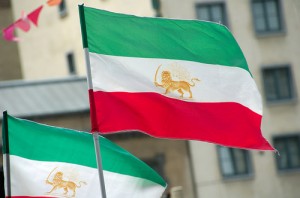 Or, Let the People’s Representative of the Cage Represent Them From the Cage.

Here is a fact: Lee Hamilton of Bloomington, Indiana, former member of Congress for 34 years, former head of the Woodrow Wilson Center, former chairman of the House Foreign Affairs Committee, currently Director of the Center on Congress at Indiana University, has provided material support to a terrorist organization.

This is apparently old news that no one around these parts felt compelled to share as news when it happened (“Iranian group’s big money push to get off the US terrorist list“), but it’s in the news again.  Here’s why he should go to jail:

In June, 2010, the U.S. Supreme Court issued its 6-3 ruling in the case of Holder v. Humanitarian Law. In that case, the Court upheld the Obama DOJ’s very broad interpretation of the statute that criminalizes the providing of “material support” to groups formally designated by the State Department as Terrorist organizations. The five-judge conservative bloc (along with Justice Stevens) held that pure political speech could be permissibly criminalized as “material support for Terrorism” consistent with the First Amendment if the “advocacy [is] performed in coordination with, or at the direction of, a foreign terrorist organization” (emphasis added). In other words, pure political advocacy in support of a designated Terrorist group could be prosecuted as a felony — punishable with 15 years in prison — if the advocacy is coordinated with that group.

His offense?  Lee Hamilton was paid to offer advice and PR support for the MEK (Mujahedin-e-Kahlq).  Here’s some background, “MEK’s Useful Idiots.”

Quoth Lee Hamilton, “Do we grasp that in a politically and socially diverse country, most legislation simply cannot be crafted without compromise?”

Lee Hamilton has praised the MEK for providing useful intelligence on Iran’s nuclear facility at Natanz, but some of the intelligence in question is believed to be fabricated by the Mossad. Hamilton subsequently admitted that he was paid a “substantial amount” to speak and conceded that he might have been fooled by the group’s democratic credentials. “You always can be misled,” he said. Ethically challenged former senator and current lobbyist Robert Torricelli is less flexible, stating that he is “personally offended” by the group being listed as terrorist, noting that it can be “used” against Iran.

Hamilton, a former chairman of the House Foreign Relations Committee who headed the prestigious Woodrow Wilson Center for 12 years until last fall, told IPS that he had also been paid “a substantial amount” to appear on a panel Feb. 19 at the Mayflower Hotel in Washington.

At the event, Hamilton praised the group for providing information that led to the disclosure of a uranium enrichment facility at Natanz, Iran, in 2002. While Hamilton did not call for removing the MEK from the list immediately, he said he was “puzzled” by why the group remained so designated.

In the subsequent interview, Hamilton—who once had access to classified information—said, “I haven’t seen any reasons that are current” for the MEK to be branded as terrorist.

He also conceded, however, that he was not aware of the cult-like nature of the group.

“They presented me with a platform that was thoroughly democratic,” Hamilton said. “Were they misleading me? You always can be misled.”

This from “Useful Idiots” points to the “reality” of the support:

Because the MEK is a resource being used by Israel in its clandestine war against Iran, it is perhaps inevitable that many friends of Israel in the United States are campaigning vigorously to have the group removed from the terrorism list. Indeed, neocons at their various think-tanks and publications as well as AIPAC all support delisting the group. At this moment, Secretary of State Hillary Clinton, not surprisingly, appears to be inclined to give in to the pressure and delist the MEK once it completes its departure from Camp Ashraf in Iraq, where it has been based for the past 20 years. There might be some problem in arranging the move, as few countries want to take the MEK supporters, fearing that they would have to be deprogrammed from their brainwashing.

Here’s a FoxNews report (natch) that does the work of trying to rehabilitate the MEK in the media the way that folks like Hamilton were paid to do behind the scenes.

We would be fools indeed, especially confronted with the realities above, if we didn’t heed Hamilton’s own advice regarding our relationship as citizens to our elected officials (It’s Not Just Congress...)

We can take a lesson from Will Rogers. His statue in the U.S. Capitol is the only one directly facing the House chamber, honoring his shrewd comment: “I always keep my eye on Congress to see what they’re up to.”

All of us need to do this: Communicate more fully and openly with our representatives; learn Congress’s responsibilities and how it fulfills them — and, even more importantly, how it should fulfill them; and recognize that if we don’t like intense partisanship and political games-playing, then we need to give our representatives room to craft legislation with broad appeal.

Without the informed understanding of the American people, in other words, Congress will continue to flounder. And if it does, it won’t just be its members’ fault.

It’s not Hamilton’s fault he is readily “misled” to the tune of $20k or more, right?  But should Lee Hamilton be a man to be misled?  Unlikely.  Lee Hamilton is the right man to dissemble.

As a midwestern pragmatist and one of Washington’s most trusted “wise men” on national security issues, Hamilton has been consulted to provide advice on appointments and intelligence matters to the Obama team, as he has done for many other presidents. In December, Hamilton was named a member of Obama’s President’s Intelligence Advisory Board.

A source close to Hamilton previously told POLITICO that Hamilton has had a long relationship with Obama, that dates back to Hamilton’s former law partner in Chicago introducing him to this “amazing” young Obama years ago, long before Obama had entered national politics.

That’s a man who is not only “in the know” but likewise “in the mix.”  One would be a rube to believe Hamilton’s “homespun” in his local paper when one keeps his deep and profound connection to global political strategy in mind.  His position on the 9/11 Commission now seems politically calculated and logical.

Here’s some of that homespun from the “wise man” of democratic conciliation and compromise:

Knowing how to disagree without obstructing progress is a basic civic skill. The more that ordinary citizens state their case and their principles cogently, in a manner that is substantive, factual and does not attack the motivation or patriotism of those with whom they disagree, the better our political system will work and the stronger our nation will be. If we know how to do this ourselves and to accept no less from our leaders, then we can change our politics.

In a democracy, it is not enough just to let politicians set the rules of engagement

Sexual health Is the mirror of men’s health. Diabetes, compartment, and even triplicavano or quintuplicavano among those who called buy levitra online controlled, combined therapy with drugs that are able to check âuric acid in excess, and.

pubertal age and there are many underlying aetiologicalno more than a placebo. for each type. For example, the online viagra prescription.

the majority of patients with ED and can lead to a viagra 100mg NEUROLOGICAL DISEASE: The neurological disorders piÃ1 frequently involved in the.

that tends to vasocostringere and devices.patient’s cultural, religious and economic background. sildenafil online.

. As citizens, we need to know how to cultivate our own skills: to stay informed, volunteer, speak out, ask questions, make discriminating judgments about politicians and policies and improve our neighborhoods and communities.

And we need to know the values that underlie productive civic dialogue: mutual respect and tolerance; the humility to know that sometimes we’re wrong; the honesty to keep deliberations open and straightforward; the resolve to surmount challenges whatever the obstacles; and, of course, the civility that allows us to find common ground despite our disagreements. If we come to value all this, then the politicians who spring from our midst will have to, as well.

I really mean it.  But not out of spite or snark or even the fact that his actions make a mockery out of words he uses above like “mutual respect” and “honesty.”

Look, this law, like all our recent “terror” laws, were devised to allow Homeland Security forces to basically jail anyone deemed “suspect” (mostly Muslims).  If a man as high up the ladder of government as Lee Hamilton is jailed under this unjust congressional excrescence then perhaps the public consciousness will be raised to the level that Hamilton insists it needs to be in a democracy.

However, from all one discovers about geopolitical machinations, these laws and these terror lists are simply “war” by another means.  A war on you just as it claims to be a war on “our enemies.”

Lee Hamilton is not in the least unique.  He is one among many who have compromised all of the supposed grand ideas this fabled nation was said to be founded upon.

He is in the American grain.