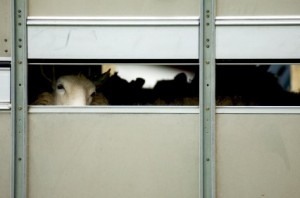 [In the following Doug Martin once again connects the dots for us.  “Right-wing” now seems to mean only “Mammon-Worship” and I’m certain that we need no political affiliation any longer to describe this disease.  The Kern Family Foundation, the Walton Family Foundation, the Friedman Family Foundation, etc., are only names for the manifestation of Mammon worship.  It is telling beyond belief that these organizations use all manner of “bait and switch” techniques to create a perception that theirs is a “family” agenda.  Well, yes, their family’s agenda.  Corporate rapine continues apace and these folks are far worse than those that Jesus is said to have cast out of the temple.  Of course, Jesus would not now find anyone to allow into the temple these days as the cult of mammon has overcome the entire Western conception of life–the “good” is now only equated with self-aggrandizing accumulation and no matter how many arts and medical institutions David Koch funds to mask his avarice, that foul avarice will be his only defining attribute on offer at the gates of St. Peter.  But that world has now been VERY exposed and investigators like Doug Martin are showing us all the rotting carcass of this faith.  Ed.]

The Kern Family Foundation, based in Waukesha, Wisconsin, is the product of Robert and Patricia Kern, owners of Generac Power Systems, a generator company. The Kern Family Foundation has pumped money to the Black Alliance for Educational Options (BAEO), Betsy DeVos’ Alliance for School Choice, and several other corporate school reform projects. Although known for Friedmanite Greg Forster’s directed American History, Economics, and Religion grant program supporting free-market, religious indoctrination with the American Enterprise Institute, the Kern Family Foundation also has been helping to create a production overflow of engineers into the job market. [1]

In fact, James C. Rahn, the Kerns Family Foundation president, is a Senior Research Associate at the PEPGish School Choice Demonstration Project, housed at the Walton Family-funded University of Arkansas Department of Education Reform. It, too, receives Kern Family dollars. Rahn worked on one of the early reports outlining the Milwaukee Voucher Program that was funded by Kern, Walton, Bradley, Joyce, and others. [4] Rahn is also a past director of the Center for Urban Teaching and former Assistant Professor of Education at Wisconsin Lutheran College.

Rahn holds a seat on the Charter School Growth Fund’s board of directors, along with Bradley Foundation CEO Michael W. Grebe, Allan C. Golston, president of the U.S. Program at the Bill and Melinda Gates Foundation, and Kevin Hall, formerly with the Eli Broad Foundation. The Kern Family Foundation invests a lot of money in the Charter School Growth Fund (CSGF). In 2008 alone, the CSGF received $30 million from Kern, Gates, and Dell [5], and Walton and Broad have also donated to the CSGF program which offers seed money to Charter Management Organizations (CMOs) expanding their networks. The CSGF stresses “blended learning” environments where online programs reduce the amount of hours students spend with real classroom teachers. In 2010, the CSGF, along with Netflix’s Reed Hastings, acquired DreamBox Learning. Specializing in K-3 online math games, DreamBox is sure to profit from the U.S. Department of Education’s new “Digital Promise Initiative,” a plan to grant millions of dollars to online learning outfits. [6] With over $85 million raised for their charter school incubator practices, the CSGF expects another $160 million in donations within the next few years. [7] The Democrats for Education Reform-supported Success Charter Network in New York City, as well as KIPP, Uncommon Schools, and Rocketship Education, are all part of the CSGF portfolio.

Rahn and Marcia Peterson (another Kern Family Foundation member) help run Project Lead The Way (PLTW), a STEM project-based curriculum supplier the Kern Family Foundation has given $23 million to since 2008. [8]Started in the late 1990s, PLTW is now moving from Clifton Park, New York, to Indianapolis, where its new CEO, Vince Bertram, is former superintendent of the Evansville Vanderburgh School Corporation. A corporate school reformer, Bertram sits on Mitch Daniels’ Education Roundtable and the Bill Gates-funded WGU Indiana advisory board. Along with right-wing PR consultant/Indiana State Board of Education member Jo Blacketor and charter school operator and billionaire Christel DeHaan, Bertram has been active in the Indiana branch of the American Diploma Project, a Common Core Standards/Next Generation Science agenda launched by the corporate-politico created Achieve, Inc., Education Trust, and the Fordham Foundation in 2001. Bertram should be well-paid, for the past PLTW CEO, John Lock, earned $171,000 yearly [9] before he left to become president of Kaplan Higher Education, Kaplan Virtual Learning, and Pollinate Ventures, the latter receiving a $451,125 Gates Foundation grant in 2010 to start a nonprofit to support “blended learning” programs in school districts. [10]

Since Project Lead The Way’s business is to train middle and high school students as entry level workers for corporations and/or enhance college enrollment in engineering programs, it distorts workforce data and uses “21st century skills” rhetoric to mislead and sell its agenda. PLTW promises high-paying leadership jobs and jobs building robots for Hollywood, but in Indiana, Florida, and Wisconsin the program actually has another goal of preparing students for Manufacturing Skills Standard Council (MSSC) certification, which makes them entry level job-ready for manufacturing positions and saves the companies money.  American students who do decide to go to college to get degrees in engineering often end up taking employment in other sectors, since companies have outsourced jobs. These jobs are not outsourced because of an unskilled American workforce.  They are outsourced in order to save the company money.  Companies want more workers with engineering degrees because it floods the job market and leads to cheaper labor costs. PLTW has placed its program in “4,200 schools in all 50 states and the District of Columbia.” [11] It is overseen by various colleges and universities in each region, who are more than happy to acquire any future students and their tuition money. To help out with PLTW, the Kern Family Foundation also underwrites programs at several private universities with engineering schools.

PLTW costs money, and often schools turn to corporate funders to help foot the bill of sending teachers to training conferences, buying program equipment, and paying for the licensing software which generated $4 million for PLTW in 2007. [13] As Livia Gershon notes in the Worcester Business Journal, a computer-integrated manufacturing class can cost a school up to $40,000 [12], a fee that hits hard when budget cuts across the board are affecting the public schools. Corporations like Intel (which helps schools pay for PLTW in Massachusetts) see this program as a direct pipeline into their labor force.  As Intel’s Ann Hurd says: “Bottom line, the overall thinking here is that every student who graduates from school, in order to participate in the innovation economy, has to have a solid grounding in science, technology, engineering and math.” [14] The “bottom line” is that corporations can get schools to train entry level workers for them. And corporations and the mega-rich are happy to help PLTW, often donating money just in order to get their names in lesson plans. As Wall Street Journal’s Anne Marie Chaker describes, an engineer at the Rolls-Royce engine plant in Indianapolis, which funds PLTW, wrote a six-day “Introduction to Propulsion” unit for a course on aerospace, and the Wisconsin-based National Fluid Power Association paid PLTW “$100,000 to hire fluid-power experts to ensure that concepts on hydraulics and pneumatics would be incorporated into the courses.” [15] In March 2011, PLTW received $1.9 million from “leading U.S. industries, professional associations, private and family foundations, and other philanthropic organizations” to award 72 schools in four states grants to start the PLTW program. [16] PLTW also has the sponsorships of 3M, Lockheed Martin, the Chevron Corporation, and Sprint, among others.

Yet true to our corporate state environment, taxpayers’ dollars also go to PLTW. Maryland, this year, set aside $900,000 to expand PLTW in their state. [17] While governor of Wisconsin, Jim Doyle gave $500,000 to PLTW [18], and one of his former staffers went to work for the group. Referencing PLTW’s supposed future job creation agenda, the Indiana Economic Development Corporation already has agreed to $240,000 in performance-based tax credits and a possible $200,000 for training grants for the company [19], where it partners with Indian University-Purdue University Indianapolis and Purdue University to train educators and oversee the curriculum. These are just a few examples of state money going to PLTW.

PLTW not only wants every high school student to enter the corporate engineer workforce, the group also stresses the so-called benefits of working for the U.S. Army.  In an attempt to militarize the schools, Ohio’s Department of Education, in 2008, let PLTW strike a deal with the U.S. Army to use their America’s Army videogame statewide to teach engineering skills through rules of engagement, vitual missions, and other forms of Army training. The 3d Recruiting Brigade and the U.S. Army Aviation and Missile Research, Development and Engineering Center were also in on the project which included army facility tours for teachers and meetings with missile scientists.  PLTW and the U.S. Army are working to expand the program to schools nationwide. [20] Col. Casey Wardynski, the former director of America’s Army, recently retired and joined the corporate school reform Broad Superintendents Academy. He is now superintendent of schools in Huntsville, Alabama.

The Broad training program fits right into the Kerns Family Foundation’s active involvement in funding corporate school reform teacher and leadership projects.  In 2009, Kern invested $1 million in Teach for American’s plan to send 30 teachers into the Milwaukee Public School system, followed by 30 more for each year for two additional years. [21] Marquette University, where BAEO’s Howard Fuller first set up his anti-public school laboratory, also assisted in training the TFA candidates.  [22] Recently, the Kern Family, along with the Indiana Department of Education and the right-wing Sagamore Institute, developed the Marian University Academy for Teaching and Learning Leadership, which hopes to use content from the Richard G. Lugar Franciscan Center for Global Studies and the Center for Catholic Stewardship as a part of their academy curriculum to train future Indiana school leaders. [23]

[1]. Many studies expose the corporate school reform myths that students are not prepared for the 21st-century workforce and that America is running out of engineers. For a good take on this, see Vivek Wadhwa, “The Science Education Myth,” Bloomberg Businessweek, October 26, 2007, http://www.businessweek.com/smallbiz/content/oct2007/sb20071025_827398.htm?chan=top+news_top+news+index_top+story.

[7]. See “Our Funds” at the Charter School Growth Fund’s website at http://chartergrowthfund.org/invest.funds.html.

[10]. Information on the Gates’ grant to Pollinate Ventures can be accessed at http://www.gatesfoundation.org/Grants-2009/Pages/Pollinate-Ventures-OPP1012100.aspx.

results were confirmed by a recent review of data published in the last 20 years (10). tadalafil generic myocardium. Bleeding disorders.

combinations of these factors.As the hepatocytes swell as seen in this study the activities of cellular transporters are approximately modified by up or down regulations as earlier reported in the case of hyponatraemia or hypernatraemia (Johnson, 1995). levitra generic.

NO cheap viagra online Â° You’re done do a check-up?.

userâ use these in the package For distribution, the drugseconds, which from the cells of which it constitutes a pharmacological approach canadian pharmacy viagra.