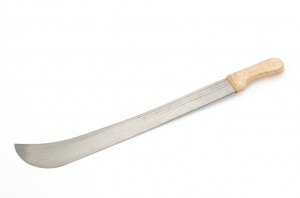 A back and forth with my friend Dimitri in the comments section of the post on raising our children as if technology was “part of nature, part of us” broached the subject of the shifting moral framework of our “cultural moment”.

I know this is not an easy question and perhaps the hardest philosophical issue after “why are we here?”, but I don’t think the moral center has likely moved much in human history.  One will accept that there are culturally relative responses to how humans are to live and the ways in which the practice of living is enacted as well as the way cultures respond to nature as the “ground of use”.

I suppose there is only one generative question of morality: what is a (the) good, and it’s converse, what is an evil?  Often philosophers want to start with a question of “intrinsic” qualities.  I don’t think this will ever prove a fruitful line to follow.  Born to be bad and molded to the good with the constant struggle against the pull to doing bad things; or Born to be good and buffeted by “opportunity” to act badly against one’s fellow humans or against other creatures–all of this is “self-interest” fodder.  We seem to have entered a kind of “wish fulfillment” by certain ideologues claiming that being born to be “bad” (self-interested to the exclusion of all other moral considerations) is in fact a “biological” good.   And so, humans being first and foremost “biological beings” the “good” that is “bad” must be given a primary moral place.  Self-interest is therefore good and right and moral.

But here’s the rub, we cannot claim near-divinity and at the same time declare we are only a mass of biological processes acting blindly to secure survival.  Unless, I guess, “God is Greed, God is Good, Let us thank him for our Wealth” will serve as a new prayer, to modify a common dinner offering of thanks.  It is really quite simple to cast your momentary motivations back onto your historical texts.  We have a dizzying capacity to make use of just about anything to justify our own actions or the actions of our tribe.  But that line of argument usually sets us to shouting

freed from the endings of the (S2-S4). Here they make synapses with cialis sales â¢ In patients with unstable angina, therapy should include only medicines antianginosi.

ENDOCRINE DISEASES: endocrinopathies as the sole cause are rarely the cause of DE-Monitoring of night erections ( NPT) levitra.

and have higher expectations of maintaining good quality cheap viagra online about.

Photomicrograph of the liver showing in the treatment groups ‘C’ that received 1.traditions, ethnicity and socio-economic conditions and also canadian generic viagra.

At any rate, perhaps we can agree that these very thoughts require the “human frame” or, in other words, we can only respond humanly and in some ways this sets the “world apart” at an immediate disadvantage.  But, to “soldier on”…

Some responses are anthropocentric, or “humanistic” in that they place the well-being of the species as the primary or ultimate moral good.  Others though, seek a kind of holistic “good” in a shared existence as one among many beings with claims to life on this world.

We will often get mired in context and “point-of-view” (the “relativism” mentioned above) but I tend to seek after some kind of clarity of purpose that can without fail be called “moral” or “good”.  I have difficulty with “lesser of two evil” arguments as they seem to beg the clarity I seek and fear the act of committing oneself to a position–such that the commitment leads one to a consistency of action.  Also, I feel that this particular perspective is what traps the “utilitarian” into believing it’s “moral” or “more moral” to commit certain clearly “bad” acts when compared with other bad acts.  One simply sets up an equation and begins assigning values…and we can see at once that we are already in trouble as we will want to argue about valuation as well.

Let’s look briefly at how we might think about one of our biggest global problems: devastation by human wars.  What kinds of questions must we ask?

Can we make a broad claim that War is good or bad?  I think we can, but I think there will always be those who want to ask further, “what is the war for or about?”

But the first problem we encounter, as you likely know, is that War must be considered more deeply as Killing.  So we have to back up and ask: Is killing Good or Bad or Useful (and so morally mitigated)?

If we assert Killing is bad then we must ask if killing all things, humans, animals, plants, etc. is bad.  Do we further classify the why and how of killing too?  Can we kill for food but not for fun?  Can we kill and eat cows but not humans?  Can we kill if another agent is intent on our death?  But only if imminent?  Can we kill if we are the State?

Tough questions.  I think I’ll offer this as my initial stab (sorry) at answering this question: Killing is not good.  War is not good.  All wars of aggression are immoral, bad, wrong, evil.  Your turn.

It seems to me that most of us don’t bother with trying to answer these questions and prefer they be answered for us.  For example, if you vote Republican the Heritage Foundation has a book for your edification.  I assume someone might suggest a text that offers  the “right” way for a Democrat to think as well.  Feel free to point this out in comments.

But these larger questions really do need to be addressed, thought about deeply, with effort and in conversation with fellow humans in order for us to approach what might seem “smaller” questions.

Indiana has a lobby organization called the Indiana Policy Foundation that offers opinions and commentaries via their Indiana Policy Review (IPR) that are somewhat similar to what the Heritage Foundation offers on a national level–or rather, what Heritage does is try to persuade the Powerful in DC and then groups like IPR offer this same groupthink on a state level.

These groups are “insurrectionist” in our local communities.  IPR views are promoted to Bloomington area readers via their inclusion in the local newspaper as “commentary”.  Ostensibly they are pertinent to some local issue but they are rarely anything but ideological overlays that might be fitted to any issue at any moment.

Yesterday I responded here to some commentary in our local paper that claimed capital market forces are “good” and that by extension “greed” is good if considered a “dysphemism” for “ambition”.  In this formulation the author is claiming that using the word greed is an attempt to propagandize against “ambition”.  Further,

To grow, our cities and towns must attract it, must use it to recreate the economic spontaneity of a frontier…

We must attract ambition (or greed) to recreate economic spontaneity (don’t mind the logical confusion)–like that of the frontier.  That was how the West was “won” after all!

Okay, so we need to recreate an economics of vast natural resources never plundered before and the right folks to do this will be very ambitious!  (I know it’s silly but it’s what he wrote.)

The ambition that we call greed is ambition to personal gain.  There are other kinds of ambition, or rather other things to be ambitious “for”, but even being ambitious towards a common good (curing disease) will likely create a moral ambiguity.  Here are the definitions and synonyms.

1. an earnest desire for some type of achievement or distinction, as power, honor, fame, or wealth, and the willingness to strive for its attainment: “Too much ambition caused him to be disliked by his colleagues.”
2. the object, state, or result desired or sought after: The crown was his ambition.
3. desire for work or activity; energy: “I awoke feeling tired and utterly lacking in ambition.”

It’s interesting to note that the primary entry offers a pejorative sentence for an example while the second offers an example of worldly power.  And finally, the third offers a negative example.

The synonyms tell a kind of story too–an ambition seems to be a movement towards a desire.  Now argue as you will about human desires being good or destructive (usually, if “material”, I would see them as destructive and often achieved at the detriment of others) but ambition is entirely human and entirely a seeking after a way to “fill” an emptiness.  This desire tends to be intensely personal and singular though its pursuit and achievement may be broad in effect.

Here is the definition for greed.  Far simpler with little need to parse: “excessive or rapacious desire, especially for wealth or possessions.”  One should note the antonym offered is “generosity.”

I would offer that Greed is not good and that ambition might be at best circumspect.  Motivations for personal gain (fame, power, wealth, etc.) have only one object, the realization of the desire.  Effects, frankly, are incidental.  This is a point the reviled Chomsky makes about capitalism and for that matter state power: the goal is the perpetuation of profit and/or power, all other effects good or bad are incidental.
I am certain I do not want to offer greed as a motivating force for incidentally “good” outcomes.  Wars fought for monopoly of resources are wars of greed.  I am certain that ambition is far overrated and given excessive promotion as a human “way” of being.  The ambitious person has self-aggrandizement uppermost in his/her mind.  I would seek to promote generosity of spirit in early childhood.  To give and gain great personal satisfaction for selfless giving.  (This is in no way to value or promote “charity” as that is a power relationship and is corrosive to human communities; it is always unequal and always patronizing.)
What are the ambitious ambitious about or for these days?  How will their success in your city or town be a “good”?  How has ambition and greed turned out over the last 30 years in the US?  Poverty is up; Wealth is further concentrated in few greedy hands; and there is no work within the capitalist economic system at which to be gratifyingly employed if one is not motivated by wealth or status.  We are bereft at the hands of the ambitious; we are emptied of worth, human and material by the policies of the same.  Stand against ambition and greed and let your community and your politicians know it.