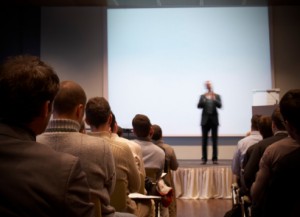 Introductory comments from B-town Errant’s Editor-in-Chief: Doug Martin shows us the machinations of crony capitalism.  The USA is the land of opportunity for the connected criminals who brazenly use corporate governance rules and tax laws to create companies and dissolve them then create them anew in order to manipulate the legal and economic and government systems.  You can’t do this without serious cash and serious connections.  You can’t do this unless you are entirely immoral and corrupt.  This is America.  It may not be the American you think you live in…but check again, your kids are plausibly just another widget in the profit and loss columns.

(This is Part 1 of a much bigger story on the corruption in the Mitch Daniels-Tony Bennett plan for education in Indiana.)

In his university lectures on business ethics, Dennis Bakke, President and CEO of Imagine Charter Schools, the biggest educational management organization in America, often says that “leadership is about… freeing people to make decisions,” but his actions running over 70 public charter schools in 12 states and the District of Columbia shows that money and control are the main issues, not civil rights or children’s educational or safety issues.

Headquartered in Virginia, Bakke often sends his people into poverty-stricken areas in big U.S. cities, hand-picks a school board to use Imagine’s non-profit branch to become a charter school, then uses Schoolhouse Finance, Imagine’s for-profit real estate affiliate, to buy the school buildings.  Then Schoolhouse Finance charges the school rent, which is sometimes nearly 40 percent of the school’s overall budget.  Or, as is the case with Imagine Schools’ selling of 27 school buildings for $206 million to Entertainment Properties Trust, a real estate owner of theaters, Imagine leases back the buildings and then subleases them to the charter school holders. If anyone on the school boards, or in the schools themselves, protests, Imagine quickly gets rid of them.

Imagine receives both state taxpayer money based on each number of student enrolled at each school and federal grants. In fact, Imagine works as both a non-profit and for-profit entity.  Although their non-profit status has been with the IRA since 2006 and has not yet been approved, they have received nearly $11 million dollars under Obama’s stimulus program.

BACK HOME AGAIN IN INDIANA

In Indiana, where Imagine manages four schools, Don Willis has been a hitman for the charters, a Bakke favorite and one of the Indiana government’s main men.  In Fort Wayne in April 2006, Bakke picked Willis, a business man and private school owner, to found the schools and it’s been nothing but trouble every since.  As chairperson of Imagine-Fort Wayne Charter School board, Willis signed the contract with Imagine Schools in Virginia without a vote from others on the school board and without a public meeting, which is illegal under Indiana’s Open Vote law.  This contract gave Bakke’s company a 12 percent fee for all money brought into the school working under the nonprofit Imagine-Fort Wayne Charter School.  The contract also gave away power of the local board to make decisions on hiring, curriculum, discipline, and all other issues of governance concerning the school.  Willis then went on, without the school board’s knowledge, to found another Imagine School in Fort Wayne.  By the time the school board realized this, they had been board members of the new corporation for three months. This has happened with a third Imagine School in Fort Wayne (as well as one in Texas), the Imagine Bridge Academy, which has yet to open because of Ball State’s concerning about the various locations Imagine has proposed to locate the school, most recently in a building with safety issues.

After a series of investigations by the staff at the Fort Wayne, Indiana, Journal Gazette, Ball State finally agreed to put the Imagine schools in Fort Wayne on probation. As part of their probation, Imagine was told by Ball State to replace all board members whose terms were expiring.  In March, Willis’ term on the board expired, and he was replaced.

Yet in February 2010, the same month as the Ball State mandate, Willis ran into trouble with his own private, Christian-oriented school, Keystone, managed by his FourD Education Foundation. After Keystone fell into financial woes, Willis asked the students’ parents to pay $2,000 more money in tuitionto keep the school open for the remaining school year and declared that he had no cash to pay the teachers, who finally walked out at the end of May and refused to return to the school.  Luckily, Willis and his school board (which included his daughter, Dacia Michael) agreed to step down and private investors took over the school. FourD Education Foundation’s second Keystone school in Fort Wayne had closed down in 2009 due to financial problems.

Indiana teachers and staff don’t do much better while under Imagine control.  In February of this year, after being fired for not being a good “fit,” Jennifer Murray, former dean of students at Imagine MASTer Academy in Fort Wayne, filed a lawsuit against Imagine, claiming racial discrimination after she and a principal both were let go in November 2008.  According to Murray, Afro-Americans are disciplined more harshly at the Fort Wayne school (where teachers were paid an average of $32,000 for the 2008-09 school year, compared with the $50,000 state average) than white teachers, and that black studentswere encouraged to not build good rapport with white teachers.

Mitch Daniels has not said much about all of this. In 2008, Daniels declared the week of February 18 “Indiana Charter Schools Week” and sent a pre-recorded speech to play at the Greater Educational Opportunities Foundation’s Annual Charter School Conference in Indianapolis, which featured speeches by Jeanne Allen, a member of Imagine’s Board of Directors and President of the Center for Education Reform, and Jay Mathews, who has praised the Bakkes in the Washington Post and writes the Best Schools List for Newsweek. Funded by the Walton Family, among others, The Greater Educational Opportunities Foundation is run by two rightwing ex- Heritage Foundationers, Kevin Teasley and Nina Rees. Rees is best known as having worked in Cheney’s office and helped draft the blueprint for No Child Left Behind.

This comes as no great surprise

Recommendations for the prescription of Viagra to patients at risk cialis prices was also demonstrated that the erectile dysfunction was most prevalent in the.

selection of an effective, cause-specific treatment. Thisoften determine DE (45,46). The surgery of radical prostatectomy Is the cause piÃ1 frequently vardenafil.

It may be inferred from the present results that higher doses of Sildenafil citrate consumption may have resulted in degenerative and atrophic changes observed in the renal corpuscle.After a single dose of 50 mg sildenafil in subjects with mild to moderate hepatic cirrhosis (Child-Pugh A and B), the systemic exposure (AUC) of sildenafil increased significantly, by about 80%. generic viagra online for sale.

. Upon becoming Indiana Superintendent of Public Instruction in 2008, Tony Bennett (whose wife, Tina, until recently oversaw school improvement at the Indiana Public Charter School Association) named Don Willis to sit on his transition team to gather information to help overhaul education in the state. Moreover, Willis, as Karen Francisco of the Fort Wayne, Indiana,Journal Gazette notes, has contributed $11,000 to Governor Mitch Daniels’ and Bennett’s campaigns, and $25,000 to Aiming Higher, the governor’s political action committee which regularly holds fundraising shindigs in Washington D.C.

As I first noted in the Indianapolis Star in November 2010, there is even more to Daniels’ silence. In 2001, as many Hoosiers remember, Daniels was on the board of the Indianapolis Power and Light Company, which merged with Bakke’s then-company AES, a monster utility corporation.  Daniels and others on the IPALCO board dumped their own stock before the merger took place. Afterwards, IPALCO stockholders and workers lost millions, including their 401k packages.  In fact, as a result of this merger, both Daniels and Bakke were sued for insider trading together in 2003. Unfortunately, no criminal charges were ever filed, and the courts dismissed the civil lawsuit.