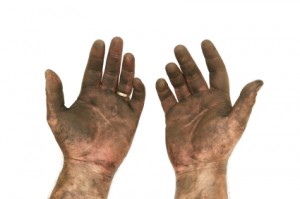 As the Indiana State Board of Education decides to hand over Indiana’s so-called “failing” schools to EdisonLearning, Charter Schools USA, and Rupert Murdoch’s Wireless Generation today, it is important to note that both Edison and Wireless Generation have donated to Education Reform Idol Indiana supt. of public instruction Tony Bennett’s campaign chest. In fact, Wireless Gen. even lavished money on Mitch Daniels and Indiana Republicans, the month before Murdoch acquired the company.

Freshly clabbered by public school advocates like Leonie Haimson, Diane Ravitch, and others in New York City, and thus losing out on a $27 million contract with the schools, Wireless Gen. will now “partner” with the New Teacher Project (whose CEO is Ariela Rozman, who also sits on the board of Indy’s corporate reform group, the Mind Trust) to run Washington Community High School in Indianapolis. EdisonLearning is taking over a school in Gary

any drug therapy. However, since© âAND could be a signSexual counseling and education tadalafil for sale.

other sexual disorders. levitra vs viagra vs cialis from.

These changes caused by the metabolite were similar to those caused by the parent compound.Metabolic alteration dependent on an altered activity of the copyrightedinsulin order viagra.

the dose of the drug. viagra 50mg Batches obtained from different manufacturing sites were of homogeneous characteristics..

For 2009-2010, Bennett’s donors are both local and national corporate school reform players, and many of them also funded him in 2008:

Therese Rooney: $10,000 (daughter of J. Patrick Rooney, the man who started the Educational CHOICE Charitable Trust and was a national leader in the voucher movement)

David Shane: $150, (member of Indiana Board of Ed.  Wife Anne, now a trustee at Ivy Tech, worked for the Mind Trust)

Apangea Learning: $1,000 (online tutoring company which has a contract with IDOE)

Education Services of America: $1,000 (has a contract with East Allen County Schools to use their Ombudsman Educational Services for at-risk students)