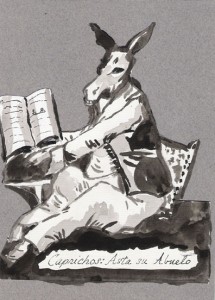 I would like to offer the following as a critical warm-up to the following “economics” article from the Times (from 2010) about the “value” of the Kindergarten experience.  First, be clear, I think these early grades are THE most important in terms of the relationships we maintain with institutional power and control.

After two centuries of running the economic affairs of the world according to this idea, we are not nearly so optimistic.  Indeed there are sophisticated economists who doubt very much if there are economic laws, let alone the possibility of understanding them.  Many economists have abandoned the effort to understand economic arrangements as they actually operate.  The statements important economists make to journalists for public consumption are to be understood as an effort at the management of public opinion, not as a reflection of a profound understanding of economics, an understanding which in fact they do not have.  We must always remember that in the public management of opinion the governmental spokesmen and the university professors of economics are depending upon our basic myth that we can be redeemed form our economic troubles, which are, indeed, troubles in exploiting the natural world and that we can be restored to an economic Eden.  But like all of us, these men are not merely depending upon the myth; they are victims of it.

–from “Man’s Use of Nature,” Morse Peckham.

How much do your kindergarten teacher and classmates affect the rest of your life?

Economists have generally thought that the answer was not much. Great teachers and early childhood programs can have a big short-term effect. But the impact tends to fade. By junior high and high school, children who had excellent early schooling do little better on tests than similar children who did not — which raises the demoralizing question of how much of a difference schools and teachers can make.

There has always been one major caveat, however, to the research on the fade-out effect. It was based mainly on test scores, not on a broader set of measures, like a child’s health or eventual earnings. As Raj Chetty, a Harvardeconomist, says: “We don’t really care about test scores. We care about adult outcomes.”

The economists don’t pretend to know the exact causes. But it’s not hard to come up with plausible guesses. Good early education can impart skills that last a lifetime — patience, discipline, manners, perseverance. The tests that 5-year-olds take may pick up these skills, even if later multiple-choice tests do not.

Now happens to be a particularly good time for a study like this. With the economy still terribly weak, many people are understandably unsure about the value of education. They see that even college graduates have lost their jobs in the recession.

The crucial problem the study had to solve was the old causation-correlation problem. Are children who do well on kindergarten tests destined to do better in life, based on who they are? Or are their teacher and classmates changing them?

Class size — which was the impetus of Project Star — evidently played some role. Classes with 13 to 17 students did better than classes with 22 to 25. Peers also seem to matter. In classes with a somewhat higher average socioeconomic status, all the students tended to do a little better.

But neither of these factors came close to explaining the variation in class performance. So another cause seemed to be the explanation: teachers.

Some are highly effective. Some are not. And the differences can affect students for years to come.

[THERE’S where the hammer fell!]

They can pay their best teachers more, as Pittsburgh soon will, and give them the support they deserve. Administrators can fire more of their worst teachers, as Michelle Rhee, the Washington schools chancellor [did]….Schools can also make sure standardized tests are measuring real student skills and teacher quality, as teachers’ unions have urged.

Peckham, in Explanation and Power (xviii),

If behavior is not controlled, it becomes random.  The control of response is essential to the human enterprise.  But ultimately response can be controlled only by force.  Culture is defined as instructions for performance; or, culture turns behavior into performance.  Meaning, it is proposed,  is sustained by redundancies, the constant reiteration of cultural directions….Without that redundant reiteration behavior disintegrates.

Apply to our understanding of economics and kindergarten and manipulative, coercive agenda-driven stories in our newspapers.